I'm a recipient of an Ingram Merrill Fellowship Award for playwriting and two-time finalist for the Lambda Playwriting Award.​

After David Milch saw a reading of my play, WHAT ARE TUESDAYS LIKE?, he invited me to write for NYPD Blue, and that began my television writing career.

I've just completed my first book, HIS PEOPLE. It is being represented by Tom Miller at Liza Dawson Associates.

TWO BOYS, my short film, has been screened at several major film festivals throughout the United States.  It won the Jury Award for Best Drama at the Beverly Hills Shorts Film Festival.  At the ITN Film Festival at Raleigh Studios in Los Angeles, I won Best Director of a Short Film.

My plays can be purchased either through Broadway Play Publishing
at BroadwayPlayPubl.com or Amazon.com.

I am currently teaching television writing in the graduate division of Chapman University.
​
Take care and be well.

Welcome and Peace Be With You 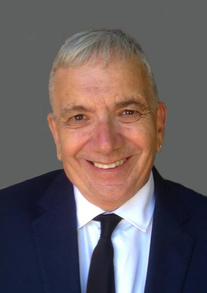